The long-standing focus of my research is on the discovery of inherited predictors of deleterious consequences of anesthesia and surgery on the central nervous system and other tissues with clear pathways to improvements in clinical care. Past efforts include cloning and sequencing the CACNA1S gene responsible for malignant hyperthermia, hypokalemic periodic paralysis, and thyrotoxic periodic paralysis,1,2 as well as identification of a new pharmacogenetic syndrome of cerebral injury after nitrous oxide exposure and tracking its origin to mutations in the MTHFR gene, the methyl donor in all cells.3 This discovery contributed to a steep decline in the use of nitrous oxide in children and adults. Recently, we’ve determined the genetic causes of two new neurologic disorders that I was the first to report 40 years ago: autosomal dominant spongiform leukoencephalopathy in 2006,4,5 and X-linked recessive early onset Parkinson’s disease in 2020.6,7

In 2018, Dr. Reid Alisch, our colleagues, and I published our discovery that blood samples from persons with Alzheimer’s disease have over 450 differentially methylated regions of DNA compared to samples from persons without Alzheimer’s disease.8 The differentially methylated regions occur in genes that encode a diversity of neuronal functions and provide new, easily accessible biomarkers of Alzheimer’s disease susceptibility and prognosis. Although the genome of human DNA sequences is not easily or predictably modifiable by drugs or other interventions, the methylome changes throughout the lifespan. Our work thereby provides novel therapeutic targets using known and newly validated compounds. On the strength of these data, we’ve recently been funded by the NIA-NIH 1R01AG066179-01A1 for “Blood DNA Methylation Biomarkers of Alzheimer’s Disease.” The major goal of this research is to identify whole methylome biomarkers of mild cognitive impairment and late-onset Alzheimer’s disease in blood samples from the Wisconsin Alzheimer’s Disease Research Center (WADRC) and Wisconsin Registry for Alzheimer’s Prevention (WRAP) cohorts. Importantly, all WRAP participants have provided informed consent for access to their medical records, including records of surgery and anesthesia.

In 2018, Drs. Lisa Bratzke, Katie Schenning, Sterling Johnson, our colleagues, and I published our discovery that surgery and anesthesia in persons enrolled in WRAP experience declines in memory and problem-solving that persist up to two years and longer after surgical procedures.9 These data align with recent nomenclature changes for post-operative cognitive decline published simultaneously in seven journals by the Nomenclature Consensus Working Group in which Dr. Schenning and I are participating members.10 At present we are focused on whole methylome sequencing in blood samples already archived at baseline before surgery, and at 24 hours, 6 weeks and 12 months after surgery in the Duke MARBLE (“Modulating ApoE Signaling to Reduce Brain Inflammation, Delirium, and Postoperative Cognitive Dysfunction”), INTUIT (“Investigating Neuroinflammation Underlying Postoperative Cognitive Dysfunction”) and MADCO-PC (“Markers of Alzheimer’s Disease and Cognitive Outcomes after Perioperative Care”) cohorts in collaboration with Dr. Miles Berger.

In 2017, Drs. Corinne Engelman, Sterling Johnson, our colleagues, and I established an NIH-funded collaboration with Metabolon, Inc. (Durham, NC) to analyze 2,344 WRAP longitudinal plasma samples from 1,212 participants archived in my lab. In 2019, we reported our discovery that twice as many metabolites are associated with age in stratified analyses of women versus men, and that 68 metabolite trajectories differ by sex, most notably including sphingolipids that increase in women and decrease in men with age.11,12 These metabolomic profiles will be correlated by regression with differentially methylated regions in blood DNA described above.

In 2019, Dr. Bermans Iskandar, our colleagues, and I published our discovery that nitrous oxide in clinical doses and durations impairs axon regeneration after central nervous system sharp and blunt injury to the spinal cord and optic nerve due to interference with DNA methylation during cellular responses to trauma.13 Surprisingly, these data provide the first evidence that an anesthetic of any kind blocks regeneration of any tissue after any injury, thereby highlighting profound gaps in our knowledge of the effects of anesthetic selection on recovery from surgery. Follow-on experiments include comparisons to xenon as a positive control carrier gas with a shared mechanism of anesthetic action but no interference with DNA methylation, and to combinations of single carbon donors (e.g., folate and cobalamin) to prevent and to treat nitrous oxide toxicity.

In 2020, Drs. Berman Iskandar, Reid Alisch, our colleagues, and I published our discovery that administration of folate to a single first generation of rats (F0) enhances spinal cord regeneration after sharp injury, and that the beneficial effects are transmitted and amplified up to six generations thereafter (F6) with no intervening folate administration, and no changes to DNA sequence.14,15 These findings provide the first evidence for inheritance of an adaptive trait acquired in a single generation that alters fitness through inheritance of modifications of DNA methylation-mediated gene switching, and have substantial implications for growth, development, and health, as well as provide a more comprehensive understanding of evolution and the ability of the genome to rapidly adapt to its environment. Moreover, these data provide the first evidence for transgenerational inheritance of an identical trait (i.e., enhanced spinal cord regeneration) after an identical exposure (i.e., folate) in two different genera (i.e., rats and mice), strongly validating that the observations are foundational rather than epiphenomenal or artifactual. Our findings expand the 20th century synthesis of Darwin, Mendel, Franklin, Watson and Crick, and provide biochemical and molecular mechanisms in support of Lamarck’s perception that acquired traits are in fact heritable and may be favorable.

In Spring of 2020, I assembled a team comprising Drs. Reid Alisch and Adolfo Jaitovich (Albany Medical Center) and colleagues to compare differentially methylated regions (DMRs) comprising five or more consecutively hyper-methylated or hypo-methylated CpGs between blood samples from patients admitted for management of COVID-19, and samples from participants collected three years before the SARS-CoV-2 pandemic. We discovered that over 1000 hypo-methylated DMRs (63%) and over 400 hyper-methylated DMRs (37%) distinguish patients with COVID-19 within days of infection with extraordinary statistical significance.16 Most DMRs are observed in gene promoter regions that participate in white blood cell activation and immune response, and in the pathogenesis of inflammatory, white blood cell autoimmune and viral disorders. Among COVID-19 patients, more severe GRAM severity scores on admission and overall mortality were associated with a small panel of hyper-methylated DMRs. The DMRs that we’ve discovered provide novel biomarkers of differential diagnosis and prognosis of SARS-CoV-2 infection in an easily available tissue comprising cells that play central roles in COVID-19 expression. Although the DNA sequence of the genome is stable from birth to death, we’ve discovered that patterns of DNA methylation in blood change rapidly and extensively within days of infection with SARS-CoV-2. In the near term, a particular focus will be placed on DNA methylation predictors of accelerated cognitive aging after SARS-CoV-2 infection in participants in the WRAP and WADRC cohorts.17

Little done in clinical and laboratory research is ultimately free of profound legal ramifications that frame the clinical impact of our discoveries. Merged threads of research described above are disentangled in the legal context in “Informed Consent and Cognitive Dysfunction After Noncardiac Surgery in the Elderly” and “Trouble in Mind: Healthcare Informed Consent, Surgery, Anesthesia, and the Aging Brain.”18,19 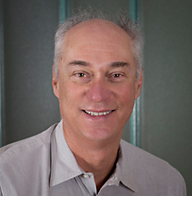